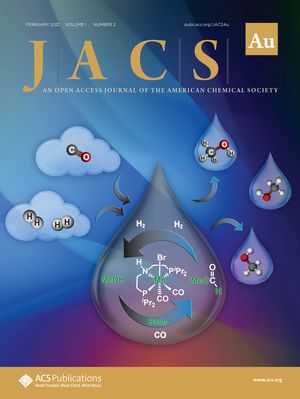 Methanol is a central pivot in the chemical supply chain and an important energy carrier for combustion engines or fuel cells. The synthetic potential ranges from the production of base chemicals such as propylene or aromatics to application as a C1 building block to produce fine chemicals and pharmaceuticals. Global methanol production is on the order of 100 million metric tons annually, using mainly coal and natural gas as primary feedstocks. Worldwide efforts are directed toward the change of the raw material basis toward renewable or recycled carbon sources (biomass, CO2, waste).

In the current article, recently published in JACSAu, an open-access Journal of the American Chemical Society, Prof. Dr. Walter Leitner and the members of his research group 'Molecular Catalysis' has shown a novel approach to synthesize methanol directly from syngas. In this work, the group has investigated the alcohol-assisted hydrogenation of carbon monoxide (CO) to methanol using homogeneous molecular complexes. The molecular manganese complex [Mn(CO)2Br[HN(C2H4PiPr2)2]] ([HN-(C2H4PiPr2)2] = MACHO-iPr) revealed the best performance, reaching up to turnover number = 4023 and turnover frequency 857 h−1 in EtOH/toluene as solvent under optimized conditions (T= 150°C, p(CO/H2) = 5/50 bar, t = 8−12 h). Control experiments affirmed that the reaction proceeds via formate ester as the intermediate, whereby a catalytic amount of base was found to be sufficient to mediate its formation from CO and the alcohol in situ. Selectivity for methanol formation reached >99% with no accumulation of the formate ester. The reaction was demonstrated to work with methanol as the alcohol component, resulting in a reactive system that allows catalytic “breeding” of methanol without any coreagents.

JACSAu has highlighted the paper by Akash Kaithal, Christophe Werlé, and Walter Leitner as a cover paper.