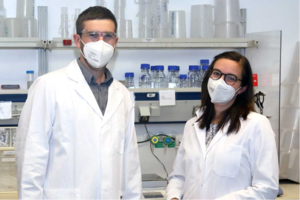 Figure 1. Two of the lead authors from this study: Dr. James Birrell and Dr. Maria Alessandra Martini from the Max Planck Institute for Chemical Energy Conversion in Mülheim an der Ruhr.

Hydrogen is a promising carbon-free energy carrier, but it is currently produced from fossil fuels or using expensive platinum electrodes. In nature, powerful enzymes called [FeFe] hydrogenases produce and consume hydrogen using the low cost and highly abundant metal iron. A detailed understanding of how these enzymes work could inspire chemists to develop new industrial catalysts based on iron.

The catalytic mechanism of [FeFe] hydrogenases is currently the subject of heated debate. One point of controversy concerns two intermediate states of the enzyme that have only been observed in the presence of a commonly used but nonphysiological chemical called sodium dithionite, which is used to supply electrons for making hydrogen. In a recent publication in the Journal of the American Chemical Society, a team of researchers from the Max Planck Institute for Chemical Energy Conversion in Mülheim an der Ruhr and the Inorganic Chemistry Laboratory at University of Oxford investigated these controversial sodium dithionite-dependent states. They found that these states form when the [FeFe] hydrogenases interact with a byproduct of sodium dithionite reaction, probably sulfur dioxide (SO2). Under these conditions hydrogen production by [FeFe] hydrogenases was prevented, suggesting that these states are not catalytic intermediates but instead artifacts caused by the use of sodium dithionite.

This work is a step forward in our understanding of the mechanism of action of [FeFe] hydrogenases, but it is also relevant to those studying other metal-containing enzymes. Sodium dithionite is a very commonly used electron donor in metalloenzyme research and might have similar, still unnoticed, “side-effects” on other systems. This recent JACS paper demonstrates the importance of carefully evaluating the effects of sodium dithionite, and more generally all electron donors, when employed in the study of metalloenzymes. Hydrogenase inhibition by sulfur dioxide might also be a physiological regulatory mechanism, decreasing hydrogen production in microorganisms under certain conditions.