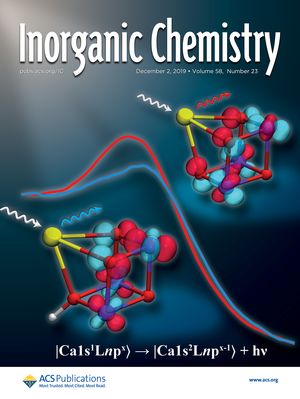 The central reaction of natural photosynthesis, the splitting of water to form oxygen, occurs at a unique manganese-calcium site called the oxygen-evolving complex (OEC). Despite decades of study, the structure and function of the OEC are only partially understood.

Zachary Mathe, PhD student in the department 'Inorganic Spectroscopy' headed by Prof. Serena DeBeer, and a team of scientists from MPI CEC, MPI für Kohlenforschung and California Institute of Technology (CalTech) developed a new technique for investigating such calcium-containing systems: calcium valence-to-core X-ray emission spectroscopy (VtC XES), applying it first to simple calcium salts and then to synthetic mimics of the OEC that were provided by colleagues at CalTech (Agapie Group). Calcium VtC XES was found to be sensitive to subtle chemical changes, and the authors hope their research will pave the way for novel experiments on the OEC and other calcium systems.

The paper was published in Inorganic Chemistry and was also highlighted by a supplementary cover.