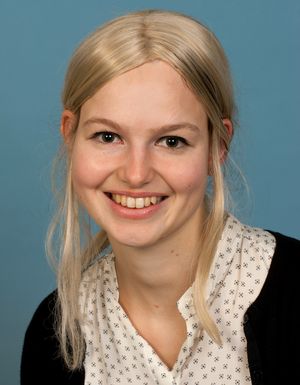 At the 21st International Symposium on Homogeneous Catalysis (ISHC 2018) Christina Erken, a PhD Student in the group of Dr. Christophe Werlé (Dept. Molecular Catalysis) was awarded the 1st Poster Prize.

The Symposium is an exchange platform for all aspects of homogenous catalysis and its applications, and stimulates discussions on industry challenges and academic solutions. This year, the Symposium took place 8-13 July in Amsterdam.

Christina in her poster entitled “Manganese-catalyzed hydroboration of acids” presented the aptitude of a newly formed Manganese pincer complex to perform the hydroboration of difficult substrates such as carboxylic acids with an excellent selectivity towards corresponding alkyl boronate esters. In her work, she also emphasized the potential of Manganese as an earth-abundant transition metal through its chemoselectivity. Christina stressed that this work was done in a collaboration with scientists from the Molecular Catalysis group at RWTH Aachen University.