All important information about the award ceremony on Wednesday, 27 November 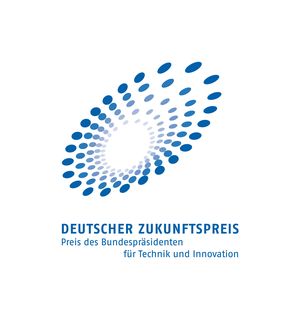 As previously reported, a team led by Prof. Walter Leitner, Director of the Department of Molecular Catalysis at the MPI CEC, has made it into the final round and could be awarded the coveted prize for technology and innovation on Wednesday.

In addition to Prof. Leitner and many participating scientists from the MPI CEC and RWTH Aachen University, Christoph Gürtler and Berit Stange (Covestro) also belong to the team. Together they have opened up a new raw material for the chemical industry. Thanks to the work of Walter Leitner, Christoph Gürtler and Berit Stange, the greenhouse gas CO2 can now be used to partially replace the petroleum that is used in foam and adhesives. The catalytic process and the first products produced with the new technique were selected by the jury for the final round of the German Federal President's Award for Innovation in Science and Technology (Deutscher Zukunftspreis).

Below you will find all important information about the team and their research project.

Live stream of the award ceremony on the ZDF website

Video: Recording of the presentation of the nominees (German)