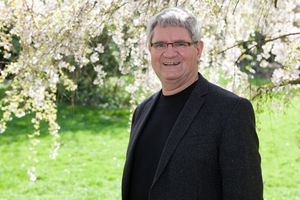 The €10,000 prize is awarded to Prof. Schlögl "for his outstanding scientific achievements and his exceptional expertise in communicating scientific findings to the broader public as well as into the policy arena".

The jury stated that „Robert Schlögl is not only an outstanding scientist with a worldwide reputation far beyond the borders of his respective discipline; he is also an excellent communicator of scientific themes – Schlögl is, so to speak, a true "ambassador of science"." (Source: Eduard-Rhein-Stiftung)
The detailed statement of Prof. Reinhard Hüttl of the Helmholtz Centre in Potsdam and member of the selection committee can be found here.

The jury hopes that the award will highlight the importance of public science communication and believes that Robert Schlögl is a role model for many other scientists with regard to social responsibility, because interaction and discussion with the general public is of enormous importance.

The Eduard Rhein Foundation is a scientifically and politically independent foundation under civil law established in 1976. In addition to the Culture Prize, it also awards the Technology Prize, which this year goes to Dr. Franz Laermer and Andrea Urban "for the invention of the deep reactive ion etching process (Bosch Process), a key process for manufacturing semiconductor sensors".